Maher, who has been coaching the Bulldogs for 43 years at Irvington High School, reached the milestone when her team defeated White Plains High School, 65-50, in the championship game of the William Warnock Tournament on Dec. 1. She credited her achievement to the strong women she has coached over the years, as well as the support of the District, community and her family.

“I have been fortunate to have coached amazing student-athletes who are all an integral part of our basketball family,” Maher said. “It is their achievement because without each of them there is no milestone.” 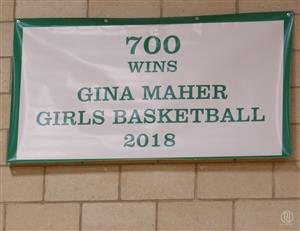